T.38 and the VoIP Fax Stigma 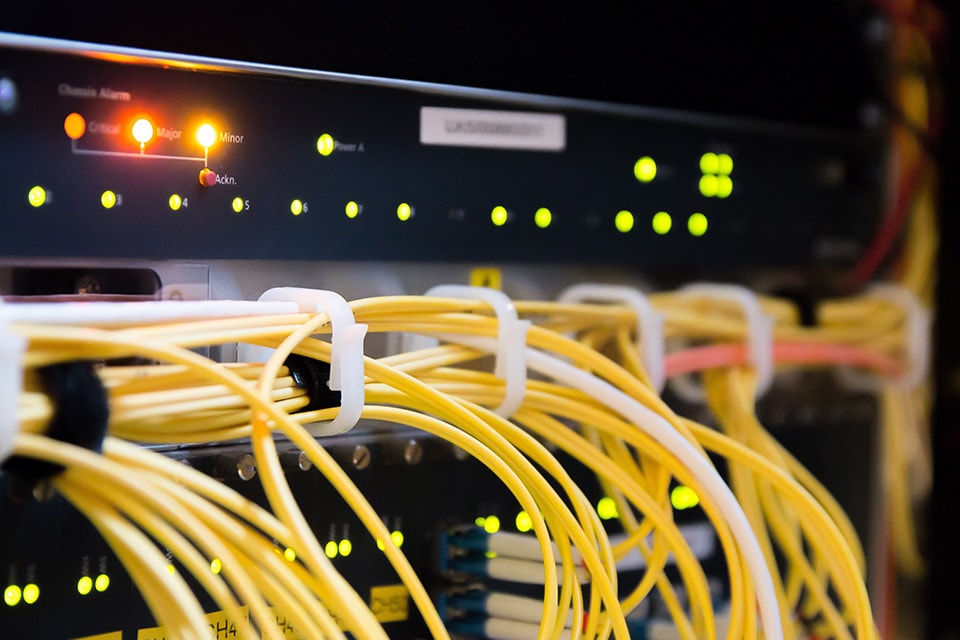 Rumors abound concerning VoIP fax and T.38 protocol. However, don't let these prevent you from considering more robust, secure fax options. With upgrades to the system, cloud fax services no longer have to bind themselves solely to T.38 fax protocol.

A Primer on Analog Faxing

First, faxing occurred over phone lines. The popularity of phone-based fax machines arose with their price drop in the late 1980s, making them accessible to most businesses. In only a few short years from the middle to the end of the decade, American businesses went from 300,000 to four million machines. The convenience of sending pages of information over a phone line would have its peak until the end of the next decade when internet-based email offered an alternative to faxing.

However, even today, many businesses still use fax machines to send data. Government, legal, health care, and finance are sectors that continue to use phone-based fax machines. These industries rely on paper documents for auditing. Additionally, many feel that analog faxing offers a more secure alternative to email. But phone-based faxing has its own issues, based in the rudimentary protocol it uses.

Traditional fax machines used T.30 protocol and public switched telephone networks (PSTN). As it did with voice calls, the analog phone system would send faxes as sounds. Fax machines on either end would translate the data into sounds for transmission and receipt. However, the data-transmitting sounds may not translate on the other end or disappear entirely during the process. The results were canceled faxes that the sender would need to retransmit.

While T.30 allowed for the basics of faxing to occur over PSTN, it did not always work as expected. Over time, improvements to T.30 allowed for clearer phone calls with less interference and background noise.

Upgrades to T.30 also helped faxing to reduce canceled documents through error correction mode (ECM). Through ECM, the two fax machines communicate at the end of each page transmission to ensure the receiving fax got all the information sent. If the machines detect missing data, the sending fax machine automatically retransmits the page. Only when the first page goes through flawlessly does the system allow the transmission of the next page. The users on either end do not have the hassle of manually redialing and sending a fax again.

While analog faxing remains a standard for many businesses that continue to use it, digital alternatives, such as VoIP fax exist.

With the rise of the internet, many things have converted to digital as well. Voice over internet protocol (VoIP) serves as an internet-based alternative to analog phone lines. As voice calls migrated to the internet, so, too did fax.

To accommodate the specific needs of fax transmissions, the internet needed a new protocol. The International Telecommunication Union (ITU) recommended T.38 as the method to send the fax data as pure information without converting it first into sounds. This protocol permits real-time fax transmissions between computers, without the need for phone lines or fax machines.

However, because T.38 fax protocol is not the only way to send digital faxes, it has several obstacles to its widespread adoption.

First, a major difference between T.38 and T.30 protocols is the use of ECM. While analog fax machines typically used ECM as a default, most systems that use T.38 fax protocol only have this as an option or completely lack it. The result of not having ECM with digital faxes present the same issues that early analog faxing faced: poor-quality images and canceled transmissions.

Next, the use of T.38 is far from universal. In fact, there are three main forms of internet-based faxing, which include the following:

Issues With Other Means of Faxing Over the Internet

Clearly, issues remain with other faxing methods. T.38 does not have universal adoption. Faxing with T.37 protocol requires both users to have fax machines. However, the one that appears most in discussions is VoIP fax.

VoIP faxing uses G.711, which is a method that delivers audio over the internet. As with T.30 and PSTN phone lines, this system does not have an optimization for transmitting raw data. G.711 uses Pulse Code Modulation (PCM) that converts data to sound for transmission, as T.30 did for analog faxes. It does not compress audio data. While this lack of compression allows for clearer phone calls, it requires high amounts of bandwidth and does not work well with faxing.

The VoIP fax stigma likely originates from the use of an inappropriate protocol for sending faxes. Using VoIP with G.711 works best for pure audio but can cause significant data loss due to the system's innovations for clearer phone calls, such as echo reduction and silence suppression.

What's the Solution for Quality Faxing?

The biggest problems with online faxing today stem from companies trying to find a one-size-fits all solution. That's why at Documo, we turned cloud faxing on its head with the technology we use for mFax.

1. We Don't Rely on a Single Carrier

Carriers are not perfect in delivering faxes. To avoid problems with connectivity, we create a network of interconnected Tier 1 carriers across North America. By leveraging our high-volume of information sent, we have worked out several customized features and premium call routing with the carriers we use. Additionally, we use a proprietary algorithm that allows us to choose the most efficient, reliable fax routing to ensure that your information gets to its destination.

2. We Don't Use One Protocol

While T.38 offers many advantages, its lack of universal use presents a problem for those who choose it as their only fax protocol. Instead of deciding to use only one, we take advantage of several. By using multiple protocols, we can allow for the transmission of a variety of documents over different networks. With our unique cloud-based system architecture, we can adapt to our users' needs instead of the other way around.

Lastly, we don't transmit voice calls over our lines. Why? As seen with T.30 and VoIP, trying to do both voice and fax over the same lines results in only optimizing voice calls. Because we specialize in sending faxes, we can use gateways, servers, networks, routes, and more to optimize fax delivery.

If you want to find out more about how mFax is different, sign up for a free trial, or learn more at our website.

Subscribe
Thank you! Your submission has been received!
Oops! Something went wrong while submitting the form.

Why Is Fax Still Important in Financial Industries?